Frederick Augustus Olds, known as the “father” of the North Carolina Museum of History, began collecting items from across North Carolina in the late 19th century. He eventually traversed all 100 counties, at least once, and acquired not only pieces of the past but also the stories associated with them—starting a philosophy that exists to this day at the museum: using stories to relate the past of North Carolina. On December 5, 1902, Olds merged his large private collection with the collection owned and displayed in a room of the State Museum (which has evolved into the modern-day North Carolina Museum of Natural Sciences). The assortment of historical artifacts became known as the “Hall of History” and was opened to the public. The hall’s 37 cases contained items as various as a studded shoe buckle owned by James Iredell to the death mask of Confederate General Robert Hoke. (To honor Olds, a metal statue has been erected on the steps of the current Museum of History building to greet visitors; he is joined by a statue of craftsman Thomas Day and a representative Sauratown woman.) 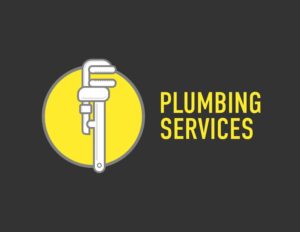 The North Carolina Historical Commission took over the Hall of History in 1914 and moved the collection to the Ruffin Building on the southwest corner of Union Square in Raleigh (where the North Carolina State Capitol sits); however, the hall quickly outgrew that space. The hall was then moved, in 1939, to the Education Building, across from the northwest corner of Union Square, where an area was specifically designed to accommodate both artifacts and exhibits. On July 1, 1965, with continued growth of the collection, need for expanded exhibit space, and an increase in staff, the Hall of History was renamed the North Carolina Museum of History and was identified to become a part of the new Archives and History/State Library Building. That move took place in 1968.[2]

On June 16, 1988, the State of North Carolina broke ground at 5 East Edenton Street to begin construction of a new, dedicated building for the museum. Located in part of the block between the State Capitol and the Legislative Building, the museum’s permanent home was completed in 1994 for more than $29 million.[3] The new building features a research library, classrooms, a 315-seat auditorium, a design shop, conservation labs, artifact storage space, offices, the Museum Shop, and 55,000 square feet (5,100 m2) of exhibit space on four floors. [4]

The North Carolina Museum of History has just acquired two new artifacts for their Native American collection. The first is a set of four arrowheads dating back to the Mississippian Period (roughly 1000-1500 CE). The second was found buried beside them: a heavy brass key with no discernible manufacturer’s mark. It is roughly 40 centimeters long and weighs about 15 pounds.

The arrowheads were found by Johnny Wicker, a resident of the village of Bear Creek in Hertford County, North Carolina. Last month, Mr. Wicker brought his family’s collection to the Museum for appraisal where he learned that these items are an extremely rare find. The Museum has no record of ever possessing another set of Mississippian arrowheads, nor any information about what might be engraved on their sides (Fig. 1). Artifacts like these coming out of Hertford County are especially important since there is little known about Native American history in this area prior to European contact circa 1590 with the brief exception of some petroglyphs inscribed in rocks around Albemarle Sound.